Corgi toys are model vehicles originally made by Mettoy (Metal Toy) company, founded in 1933. At first, the company produced mostly tin plate toys. In the early 1950s they began to produce a few items in cast metal, including a large racing car which began a product line called ‘Castoys’, the forerunner of Corgi. Carrying the advertising slogan ‘the ones with windows’, Corgi vehicles were introduced in 1956 to be direct competition for Dinky toys. The range was best known for film and TV tie-ins, such as the Batmobile, Chitty Chitty Bang Bang and the famous 1965 ‘James Bond Aston Martin’, which sold around four million in four years, making it the best selling toy car ever produced. The name ‘Corgi’ was chosen by founder Philip Ullman in honour of the company’s new factory in Swansea, and a Corgi dog became their logo. Although it has changed hands several times, the company is still producing various ranges of Corgi vehicles.

Early Corgi cars are much prized by collectors, and there’s a strong market for good examples. The most sought-after toys are the early series of family cars, such as the Ford Consul, Austin A50 or Hillman Husky, which appeal to toy collectors and historians alike. ‘Mechanical’ versions, identified with an ‘M’ before the product number, were made prior to 1960 and are sought after for their comparative rarity value. The value of Corgi toys is largely dependent on the age, condition and rarity of the individual set. If the model is undamaged and still in its original packaging, that can add greatly to the value. 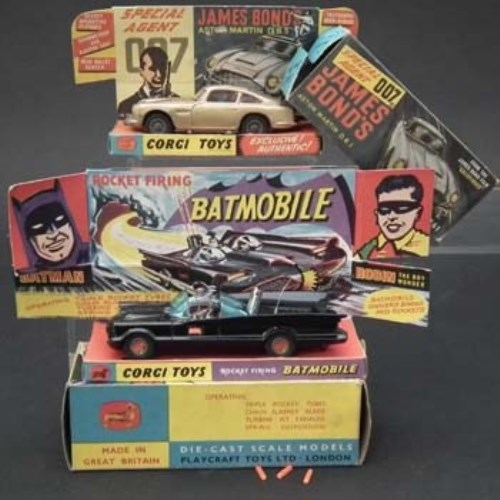 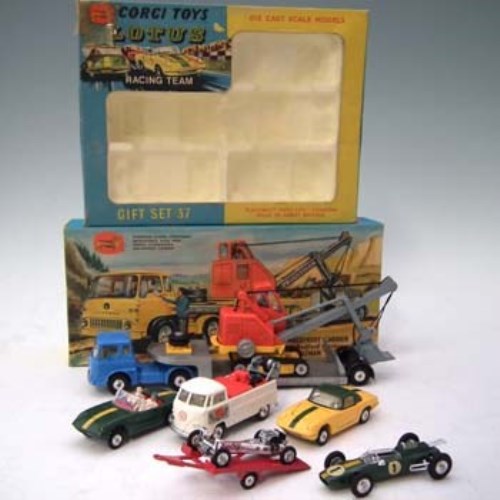