Born in 1908 in Wigan, Lancashire to a family of mill workers, Theodore Major is as well known for his individual views as for his artwork. He was proud of his working class roots and refused to paint for gain, declining to sell pictures ‘to rich people’, but instead using his art to try and connect with ordinary people outside the art world. Although he never sought notoriety, he came to the attention of the media in 1992 when he refused to pay a poll tax bill of almost £2,000 on an unoccupied house. He was threatened with prison, but the sentence and bill were later remitted due to Theodore’s age and health. He attended evening art classes at Wigan Art School, but always thought of himself as essentially self taught. Theodore Major embarked on an artistic career as a cartoonist with the Daily Mail and Manchester Guardian, and later shared an exhibition with L.S.Lowry. He died in 1999 having reached the age of 90, despite a lifetime of ill health caused by childhood bouts of rheumatic fever.

Theodore Major’s work mostly depicts the area around Wigan, including grim rainswept factory landscapes and lonely beaches, painted in a largely monochrome, Expressionist style. During his lifetime he was averse to selling his work and seeing it in private collections, choosing instead to store it in an empty house next door which he bought for the purpose. His eccentricities have fuelled an appetite for his work, and there’s a strong market for his landscapes and scenes of urban life.

As with all artwork, the value of Theodore Major’s work varies enormously according to the provenance, media, size and subject matter. The most sought after examples are the large depictions in oil of bleak industrial landscapes populated with figures or the scenes of Wigan which can achieve in excess of £20,000 at auction. There are a large number of pastel drawings in existence attributed to Theodore Major, however on the advice of the artist’s estate we have decided not to sell any of these examples at Peter Wilson Auctioneers as we do not believe they are by Theodore Major and diminish the market for verified works by the artist. At Peter Wilson’s, our in-house expert Stephen Sparrow has years of experience in assessing and valuing Theodore Major’s paintings, so do get in touch if you’d like to learn more about a piece you own, or discuss a potential sale or valuation. 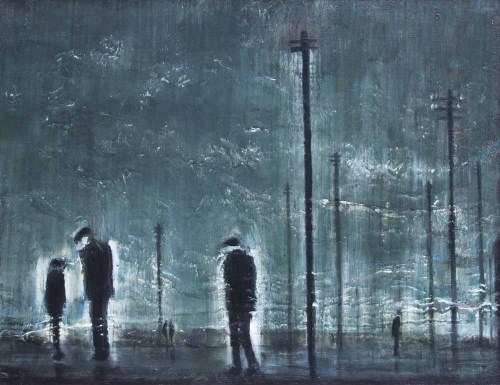 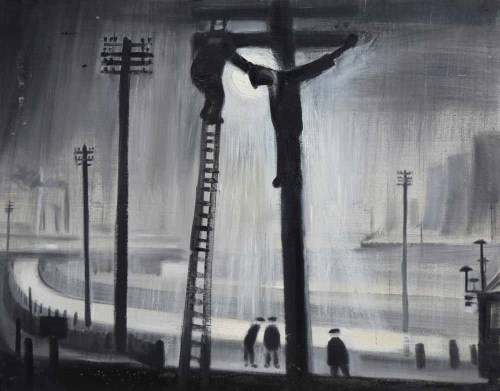 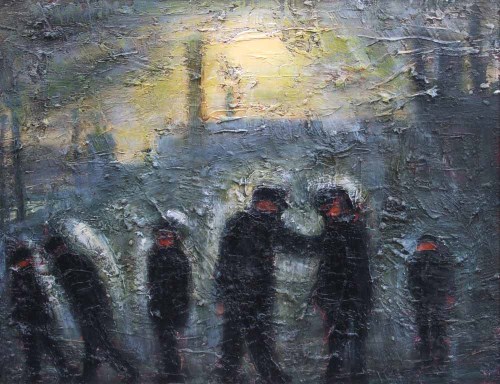 Theodore Major, Figures with factories beyond, oil.
Sold for £20,000