Laurence Stephen Lowry was born in 1887 in Stretford, Lancashire, and died in 1976. He was most famous for his paintings of industrial settings round Salford and Pendlebury, and was a faithful and prolific chronicler of working-class life in the mills, factories and streets of the era. His stylised portrayal of people and animals in his paintings led to the figures being called ‘matchstick men’. Lowry was influenced by the French impressionist school after taking lessons from artist Pierre Adolphe Valette. A large collection of Lowry’s work is on permanent display at a purpose-built gallery called The Lowry, in Salford Quays.

Lowry’s gritty portrayals of working class life in the 20th century continue to have considerable influence, and prices have continued to rise in recent years. Lowry was a prolific artist who also had a habit of making little informal sketches on scraps of paper; as well as his more formal paintings these quirky personal drawings are also sought after by collectors. Lowry’s work is also in demand by museums to form part of permanent exhibits.

As with all artwork, the value of Lowry’s work varies enormously according to the provenance, size and subject matter. The market for Lowry’s work is flooded by dubious examples with little or no provenance. Unless a painting or drawing has been previously sold or exhibited by a reputable gallery associated with Lowry we prefer not to deal with the artworks here at Peter Wilson’s. Scenes of industrial life are the most typical, but Lowry also painted beach scenes whilst on holiday. With the resurgence in interest in Lowry in recent years there has been a dramatic increase in the price of signed, limited edition prints by the artist which regularly achieve high prices at auction. At Peter Wilson’s, our in-house expert Stephen Sparrow has years of experience in assessing and valuing Lowry’s work, so do get in touch if you’d like to learn more about a piece you own, or discuss a potential sale or valuation. 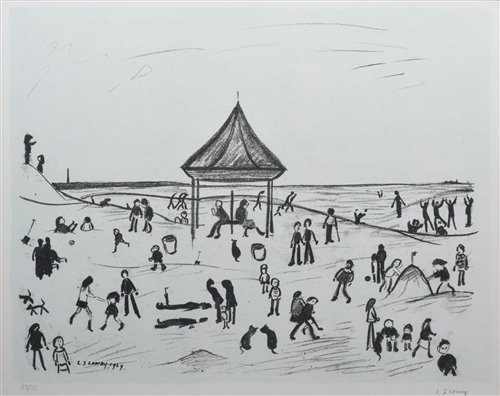 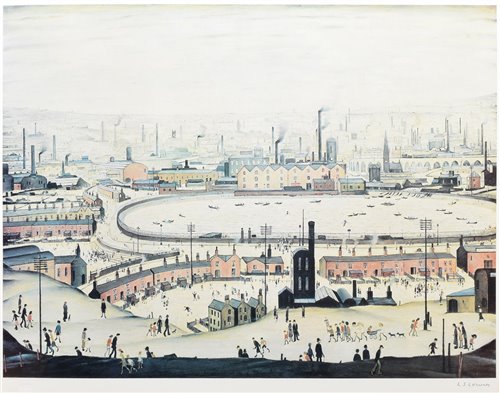 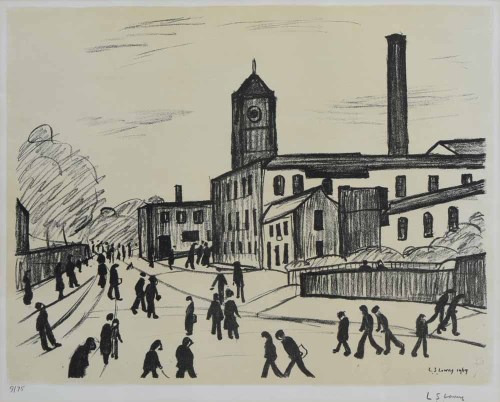 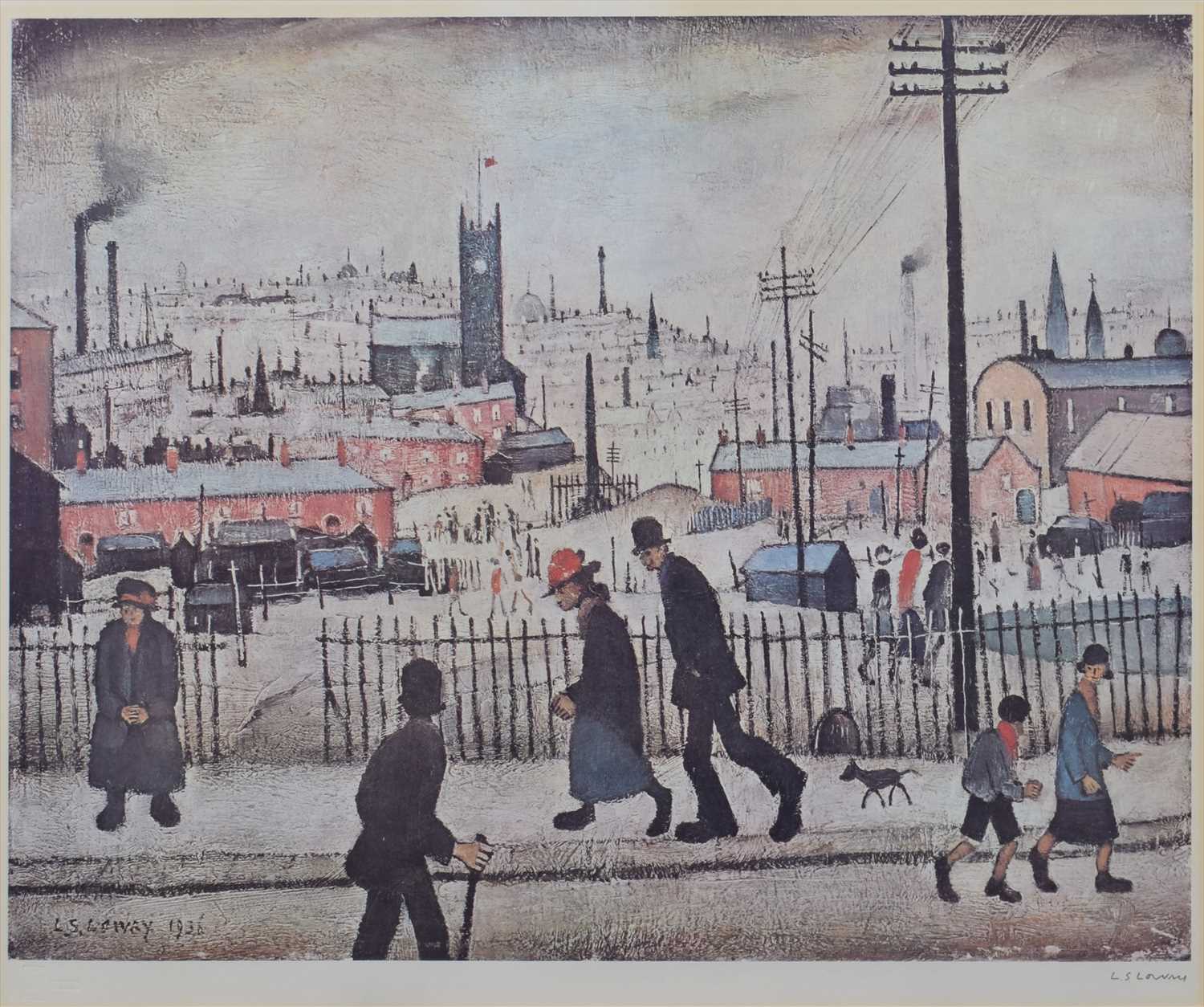 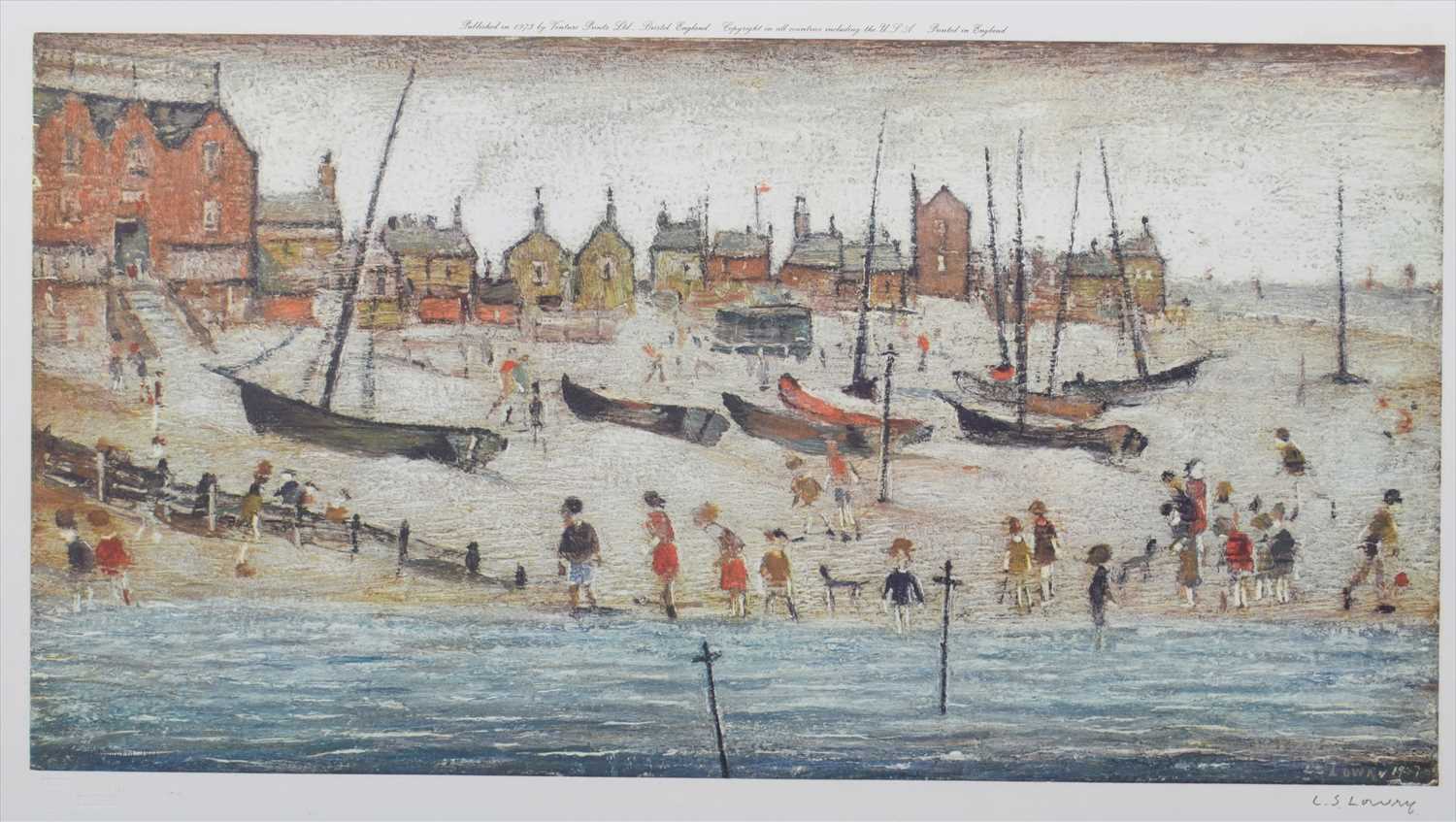 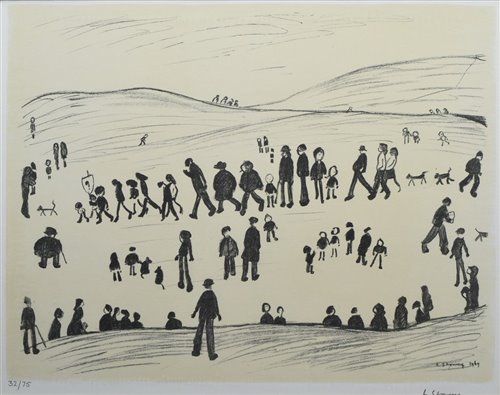 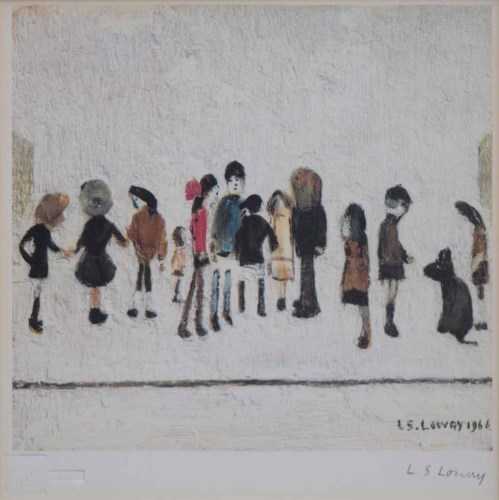 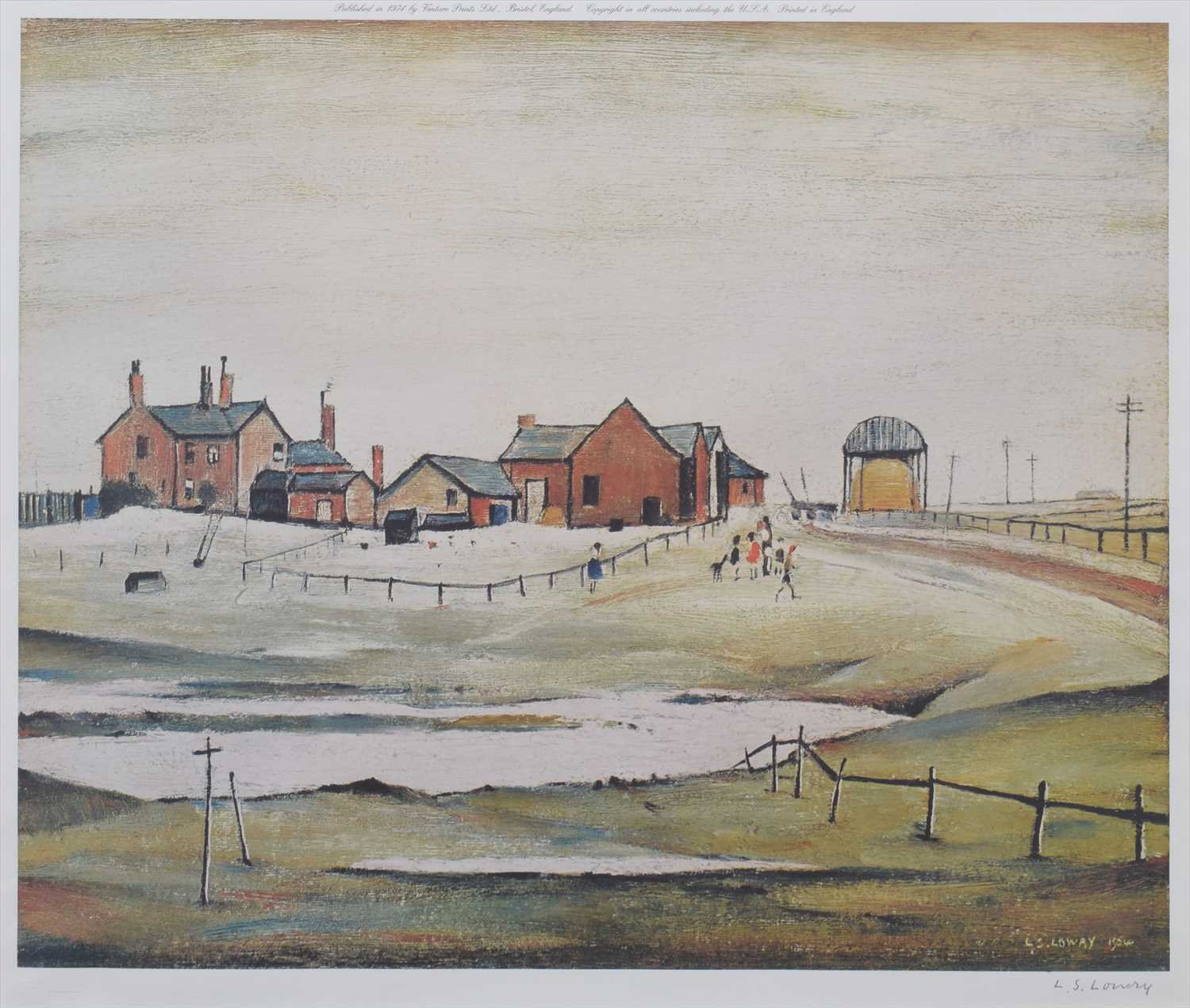 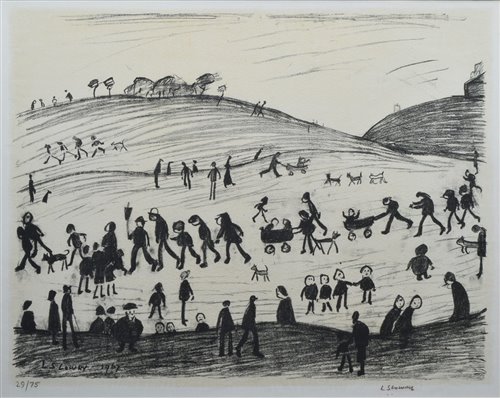 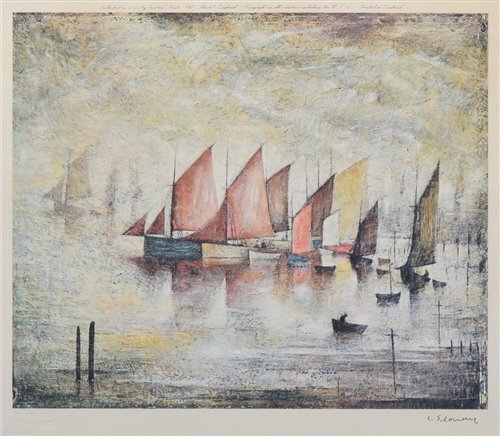 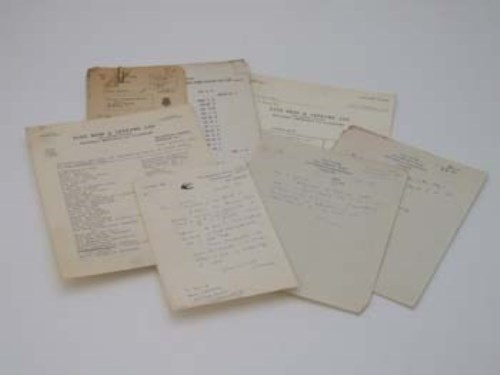 Quantity of various letters and archive material relating to L.S. Lowry.
Sold for £3,000 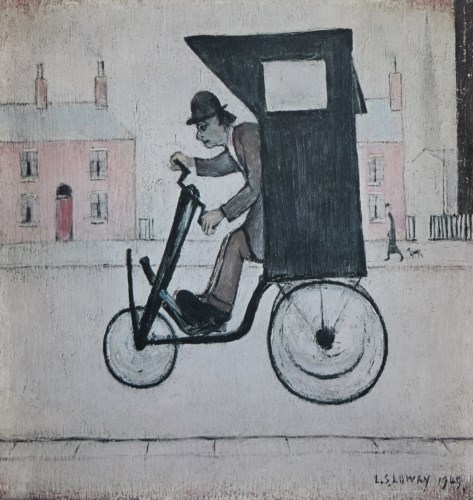 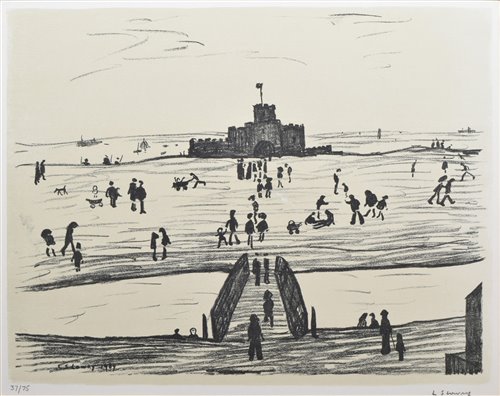 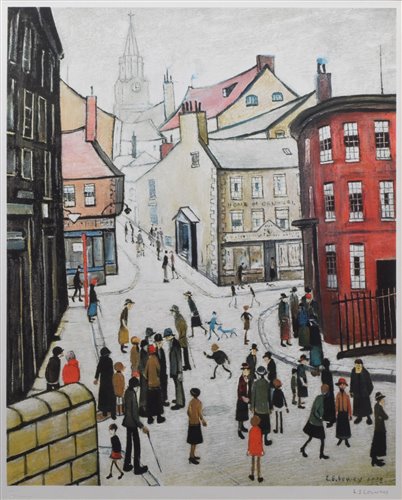 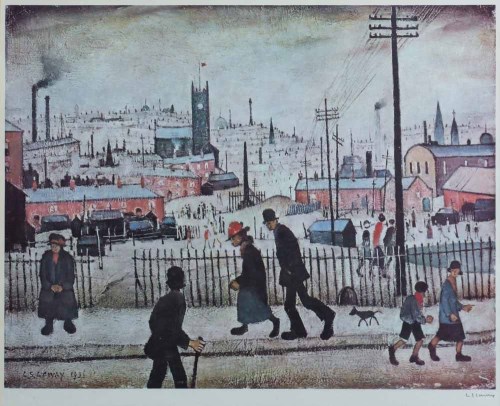 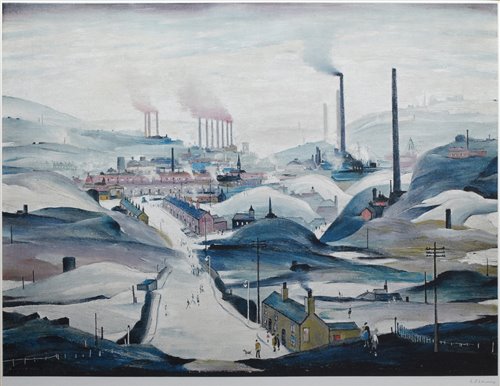 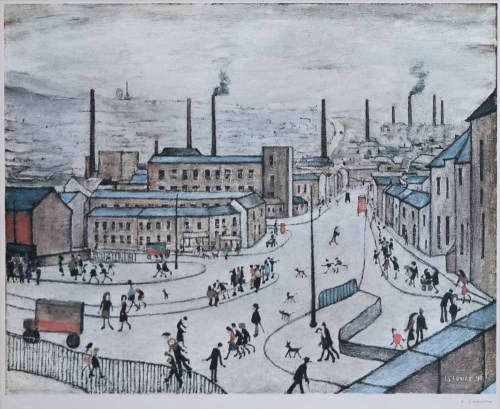 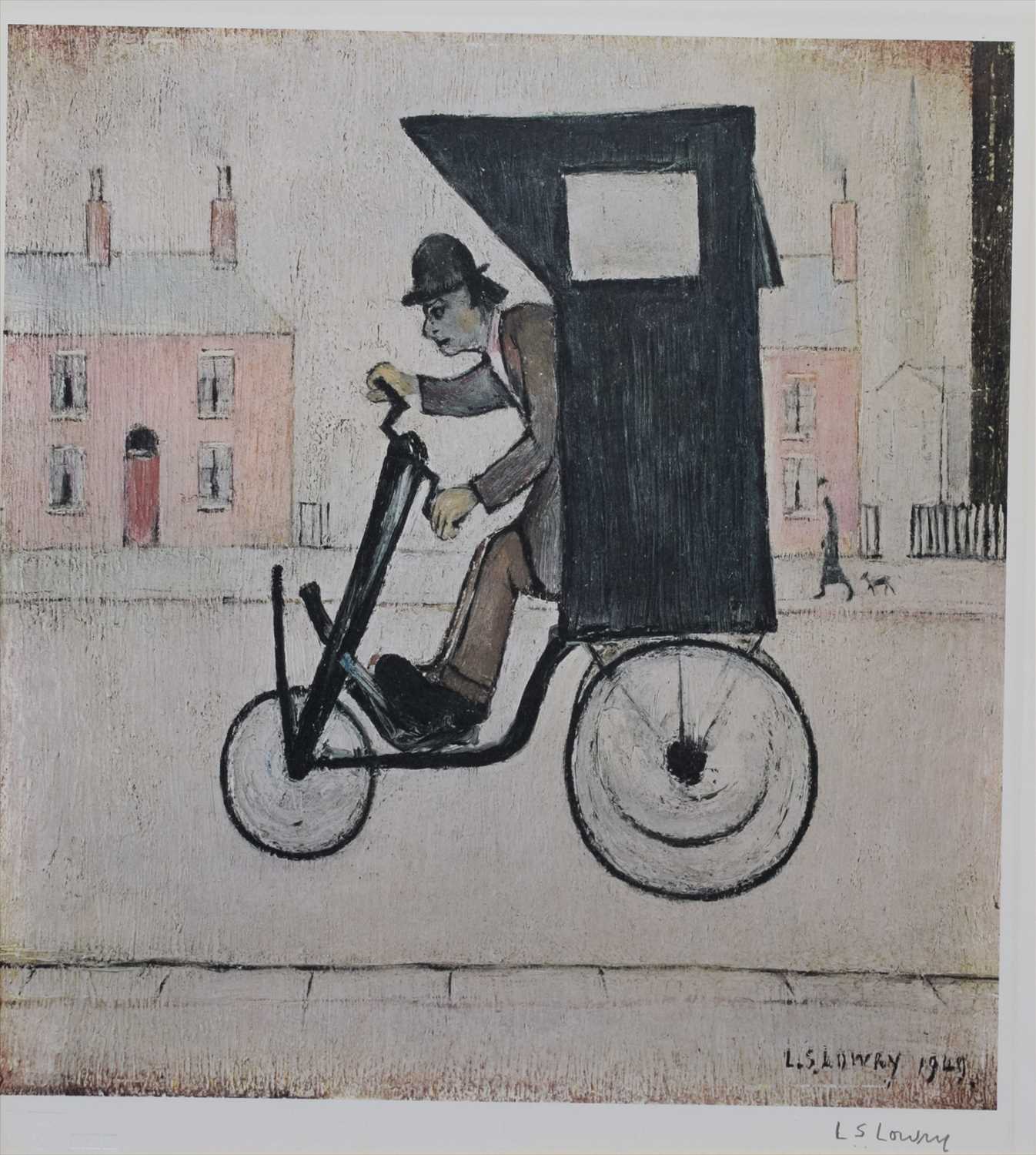 After L.S. Lowry, "The Contraption", signed print and accompanying print sketches (2).
Sold for £2,000 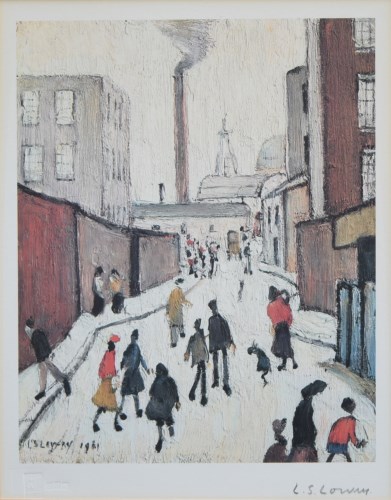 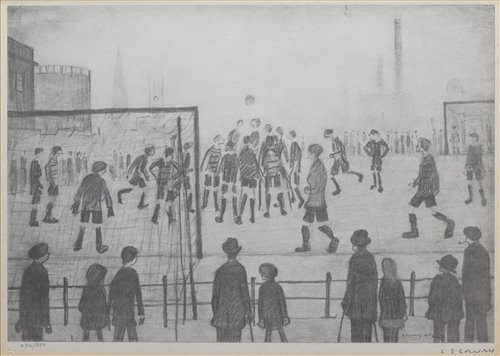 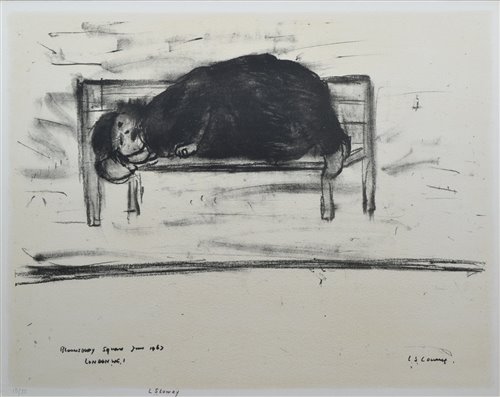 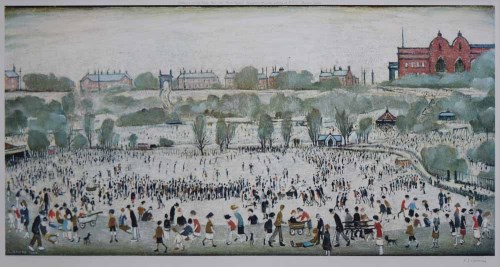