We hold four dedicated Northern Art auctions each year featuring the work of Helen Bradley. We offer a free appraisal service as well as a free collection service for items consigned to these auctions.

Helen Bradley was born in Lees near Oldham in 1900, and won an art scholarship to Oldham Art School in 1913; she only began to paint regularly, though, when she was 65 - her motivation was to show her grandchildren how different her own childhood had been, growing up in the Edwardian era, and she was encouraged in this by a chance meeting with L.S.Lowry in the 1960s. Helen’s paintings quickly found an enthusiastic audience, and from her debut in 1965 to her death in 1979 she appeared on TV internationally; she worked by first writing a short story based on her childhood memories, then illustrating it in her simplistic, naive style, so that the pictures also have a narrative feel. She had a very personal style, and would scratch the fine detail of the scene such as leaves and grass through the paint surface with the wrong end of a paintbrush. Her earliest work often features herself and her brother as children, and later work has a surreal, dreamlike quality. In 1971 she published And Miss Carter Wore Pink, the first of four books of her paintings, which became a huge success.

As Helen Bradley’s books were published in America and Japan as well as across Europe, the demand for her work grew rapidly and demand remains strong globally. Helen’s narrative style and technique and nostalgic subject matter are both engaging and appealing, and her work finds a ready market worldwide. As with all artwork, the value of Helen Bradley’s work varies enormously according to the period, provenance, media, size and subject matter. Auction prices for this artist can vary from £30 for a signed print up to £150,000 for a large oil painting depicting her familiar characters and with the usual narrative on the reverse. At Peter Wilson’s, our in-house expert Stephen Sparrow has years of experience in assessing and valuing Helen Bradley’s sketches and paintings, so do get in touch if you’d like to learn more about a piece you own, or discuss a potential sale or valuation.

ject matter. At Peter Wilson’s, our in-house expert Stephen Sparrow has years of experience in valuing and assessing Sue Atkinson’s paintings, so do get in touch if you’d like to discuss a potential sale or valuation. 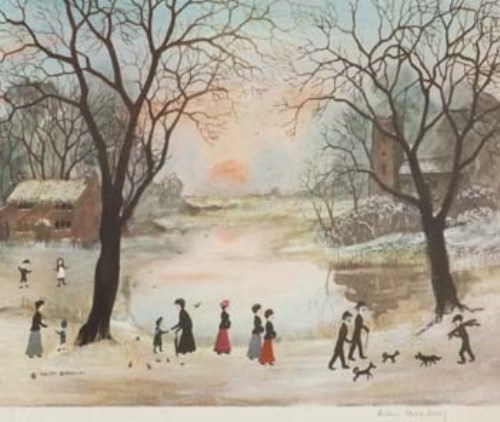 After Helen Bradley, Oh What a Beautiful Winter's Day!, signed print
Sold for £100 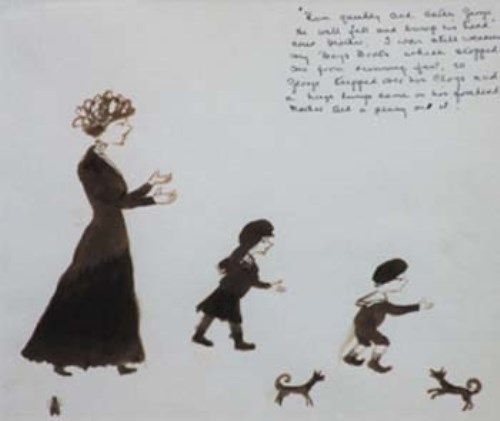 Helen Bradley, George and others, watercolour.
Sold for £200 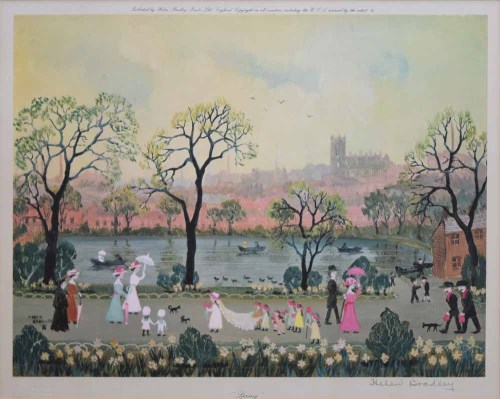 After Helen Bradley, The Four Seasons, signed prints (4).
Sold for £100 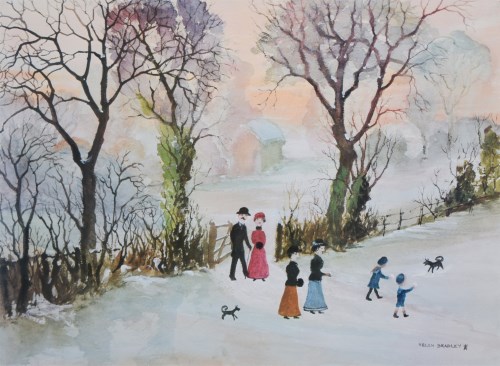 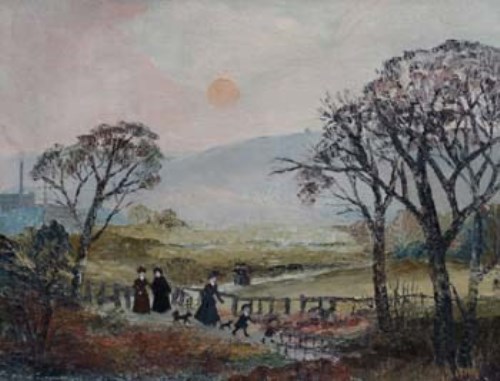 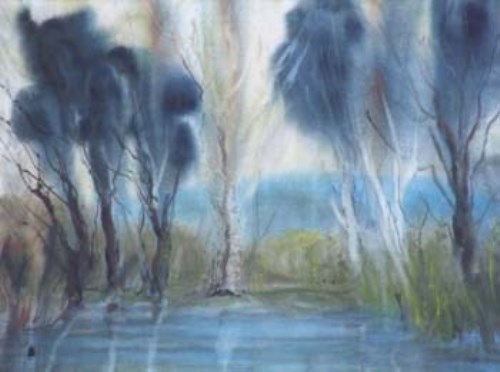