Discovered at a Cheshire property, this remarkable Britannia silver bowl is set to turn heads at our inaugural Fine & Classic Interiors Auction taking place on Thursday 12th March. Silver specialist Liz Bailey explains the significance and rarity of this special piece:  “Hallmarked for 1702, the year of Queen Anne’s coronation, this silver bowl has to be one of the oldest pieces of silver to have entered our saleroom!” 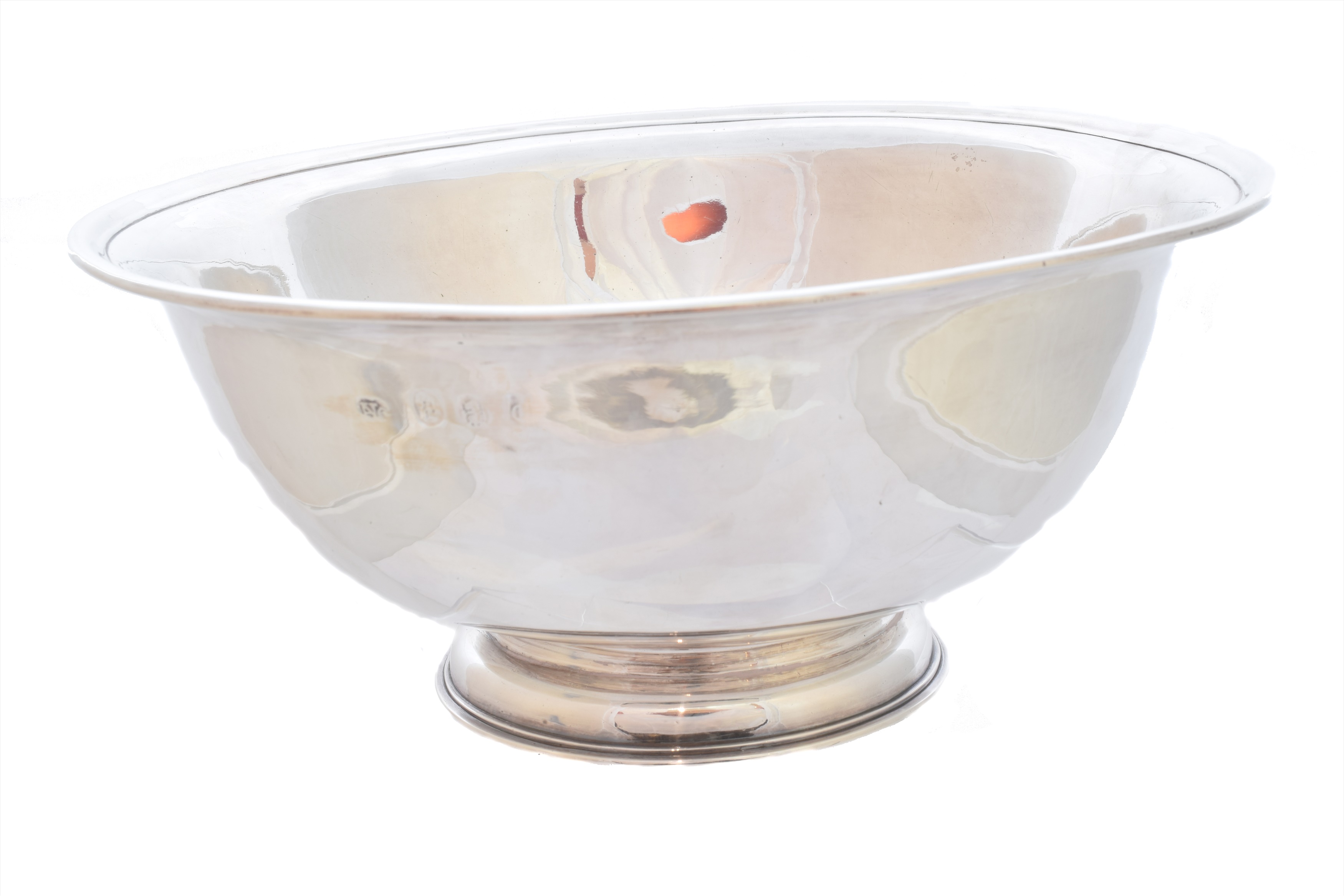 An opulent time capsule from the early 18th Century, this wonderful piece has survived the test of time. Queen Anne silver is notoriously rare, since most damaged or stolen silver could be melted down, made into other items and marked with a later date. A rare survivor of the period, this bowl has a thick gauge making it a robust vessel that has withstood over three hundred years’ worth of history.

The bowl bears hallmarks for famed silversmith Anthony Nelme. Nelme was first recorded as an apprentice silversmith to Richard Rowley in 1672, and Isaac Deighton thereafter. Anthony Nelme established his own silversmithing around 1680, and continued until his death in 1722, when his son Francis took over the business. Nelme was one of the leading English-born silversmiths of his day, creating pieces for aristocracy and eventually royalty. Nelme became a member of the Court of Assistants in 1703, one year after our bowl was assayed.

In a relatively plain design, this beautiful piece is notable for its magnificent engraved decoration. This remarkable piece is adorned with the royal crest of Queen Anne, with the order of the garter and her initials, leaving no doubt that it would have been a royal commission, handcrafted on behalf of the Queen for a member of her court.

With a rarity, prestige and design that is sure to attract the attention of silver collectors and royal aficionados alike, this wonderful silver bowl is set to sell on 12th March with an estimate of £1,500-2,500.

We are still inviting consignments for this exciting sale, get in touch with us to enter your items into our forthcoming Fine & Classic Interiors Auction.

For any further information on any of the lots offered, please do not hesitate to contact us on liz@peterwilson.co.uk.