Born in 1915 in Fife, Scotland, William Gear painted abstracts in watercolour, oil and gouache with a strong structure and bold use of colour. He studied at Edinburgh College of Art from 1932 to 1936, and won a travelling scholarship that took him to Paris, Italy, Greece and the Balkans. During the Second World War, he served in the Middle East and Italy as an officer in the Royal Corps of Signals, and then after the war spent two years in Germany with the Monuments and Fine Art Section. From 1947 to 50 he lived in Paris, where he was part of the Parisian post-war art scene and joined COBRA, an international group of artists founded in Paris and named for the capital cities of the countries of origin of the founding members, Copenhagen, Brussels and Amsterdam. The group aimed to create a new artistic society and new type of post-war art, focussing on spontaneity and inspired by primitive art forms.

William Gear moved back to England and embarked on a highly successful career, winning awards and with his work widely exhibited. In 1964 he became head of the fine arts department at Birmingham College of Arts and Crafts and a Senior Royal Academian in 1995. He died in 1997.

William Gear developed his distinctive style early in his career, and his work is instantly recognisable for its sense of movement, almost architectural structure and use of heavy black lines to divide blocks of primary colour. Successful during his lifetime, his work is now considered essential study for students of 20th century British art and it remains popular with collectors. As with all artwork, the value of William Gear’s work varies a little according to the provenance, media, size and subject matter. At Peter Wilson’s, our strong and established reputation as auctioneers of Northern Art means that we’re often asked to sell works by sought-after artists such as William Gear. If you are considering the sale of a work by Gear then please contact us to see how we can help; our professional valuation team travel nationally and have years of experience.

On the right of this page you will see a few highlights of William Gear paintings we've sold - to see more, including prices and dates, search our sold lot archives. 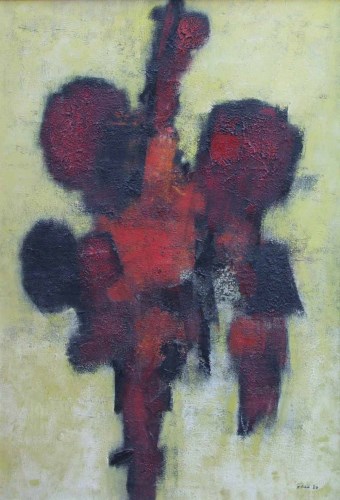 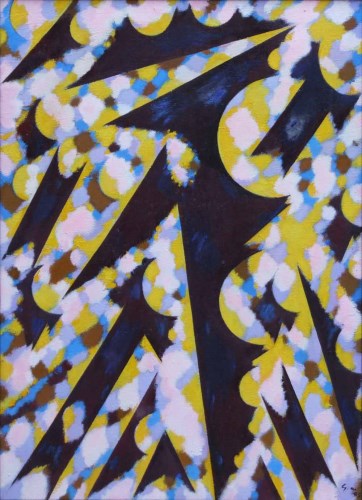