Born in Richmond, Surrey, in 1913, Frederick (also known as Freddy or Fred) Gore was the son of artist Spencer Gore, a leading member of the Camden Town school of painting. Frederick never knew his father, who died in 1914 only a few months after his son’s birth, but he was very proud of his reputation and considered him an influence on his own work. While reading classics at Trinity College, Oxford, Frederick Gore was also studying at the Ruskin school of art. He soon decided on art as a career. His mother had been a dancer, and he was devoted to Russian folk dancing, being a valued member of the Balalaika dance group for many years. He considered dancing and painting to be his two great loves.

Frederick loved to paint in the open air, and travelled extensively to find the perfect locations. He had a long association with the Royal Academy, and was appointed chairman of the academy’s exhibition committee between 1976 to 1987.He died on the 31st August 2009.

Frederick Gore is best known as a landscape painter, but he was also influenced by post-impressionist and abstract styles. His richly-coloured Mediterranean scenes in a post-impressionist style are amongst the most typical and sought after of his work, and also of interest are scenes painted in Greece which he first visited in the 1930s. He made the first of many visits to New York in 1980, and there’s a buoyant market for his strong, bold documentations of contemporary life in the USA. As with all artwork, the value of Frederick Gore’s work varies a little according to the provenance, media, size and subject matter. At Peter Wilson’s, our in-house expert Stephen Sparrow has years of experience in assessing and valuing Frederick Gore’s paintings, so do get in touch if you’d like to learn more about a piece you own, or discuss a potential sale or valuation.

On the right of this page you will see a few highlights of Frederick Gore paintings we've sold - to see more, including prices and dates, search our sold lot archives. 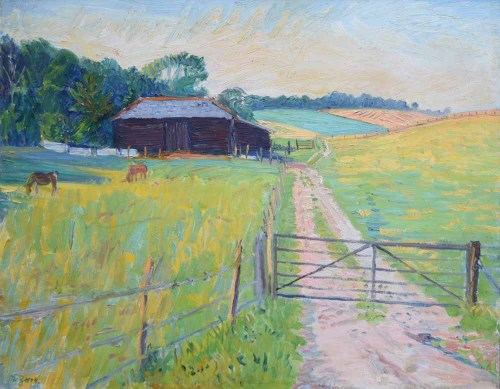 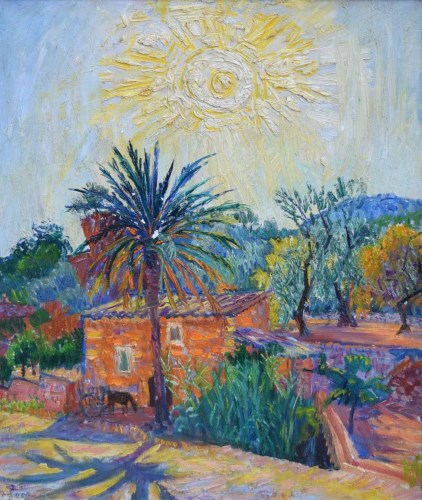