Born in 1923 in Leeds to Scottish parents, Donald McIntyre grew up in Garelockhead in the west Scotland, an area that remained a major influence throughout his life. He originally trained as a dentist, and didn’t take up painting full time until the age of 40. His particular interest was coastal scenes, and he painted throughout the UK but concentrated on Scotland and Wales. He was mentored by a group of local artists including James Wright RSW, and under Wright’s guidance Donald’s style developed in the tradition of the Scottish Colourists. While training as a dentist, Donald attended evening classes at the Glasgow School of Art. He later worked as a dentist and served in the army before taking up painting as a career. He lived in North Wales for many years, spending many of his summers visiting Scotland to paint on Iona.

McIntyre's work has been widely exhibited, including by the Royal Academy, the Royal Scottish Academy, various galleries and the Royal Society of Marine Artists. It’s also in many permanent collections. He died in 2009.

Donald McIntyre was a skilled draughtsman, as much respected for his technical ability as for his subjects and use of colour. After using oils in the early part of his artistic career Donald McIntyre moved over to acrylic paint. He completed smaller pieces in situ on location, giving his work a light, vibrant, immediate feel. He was inspired by the landscapes of his childhood and delighted in painting the coastline of the British Isles. As with all artwork, the value of Donald McIntyre’s paintings varies a little according to the provenance, media, size and subject matter. At Peter Wilson’s, our in-house expert Stephen Sparrow has years of experience in assessing and valuing Donald McIntyre’s works, so do get in touch if you’d like to discuss a potential sale or valuation.

On the right of this page you will see a few highlights of Donald McIntyre paintings we've sold - to see more, including prices and dates, search our sold lot archives. 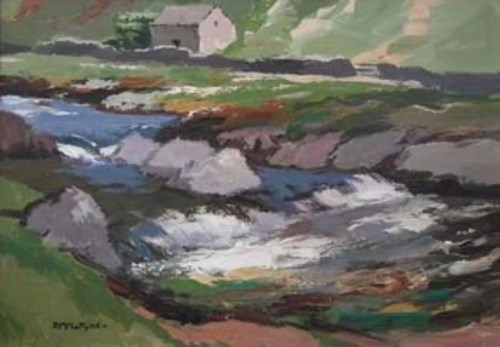 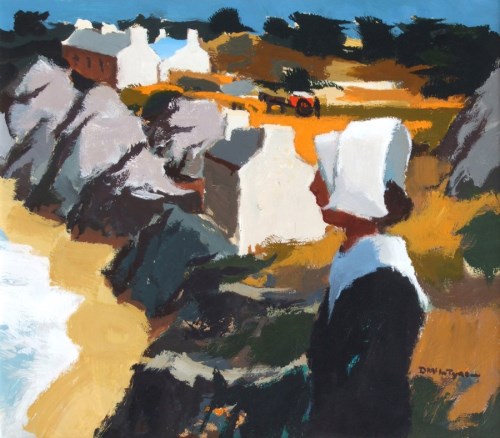