Samuel Colt, the pioneer of mass-produced revolving cylinder pistols, set up his manufacturing plant in New Jersey in 1836 when he was only 22 - the idea for his invention is said to have occurred to him when serving as a merchant seaman, inspired by the mechanism of the ship. Colt’s first attempt at a commercial revolver was the Paterson of 1836. Whilst this model showed promise it wasn’t met with the success Colt had hoped for.

In 1845, Captain Samuel H. Walker, a Texas Ranger who had used the Colt Paterson in the Battle of Bandera Pass, worked with Colt to design a new, more powerful revolver nicknamed the ‘Walker’. The US Army ordered a thousand units; with no factory, Colt arranged with arms manufacturer Eli Whitney Jr. to fill the order. The Colt Walker was more of a success and paved way for the Army and Navy model revolvers which saw use on both sides during the American Civil War. Colt built on this success to become the first American manufacturer to open a plant in England, and in 1855 his US factory in Connecticut opened as Colt’s Patent Fire Arms Manufacturing Company.

Colt marketed his products aggressively and was to become one of the ten wealthiest businessmen in the US. He died in 1862 aged only 47, with a personal fortune of fifteen million dollars, an almost unimaginable sum for the time. His widow Elizabeth Hart Jarvis Colt continued with the company, which in the late19th century began a long relationship with gun designer John Moses Browning. Colt was a major producer of all types of firearms during both world wars and continues to produce both sporting and military models today.

The Colt company was very influential in shaping both the development of firearms and American history. Their Single Action Army Revolver became known as ‘the gun that won the West’ and between 1873 and 1941, more than 350,000 were made. Sam Colt was aware at an early stage of the importance of marketing, and there’s a buoyant market for early advertising material as well as good examples of the guns themselves. Many of his beautifully decorated and engraved guns won prizes at international fairs and were presented to heads of states, and anything relating to these special presentation models is much sought after. The value of Colt guns is still largely dependent on the age, rarity and condition of the individual piece. Matching serial numbers (as with most firearms) is very important, original factory finish can add significant value to a piece. Proven associations with unusual stories or famous owners will add value, as will original accessories. 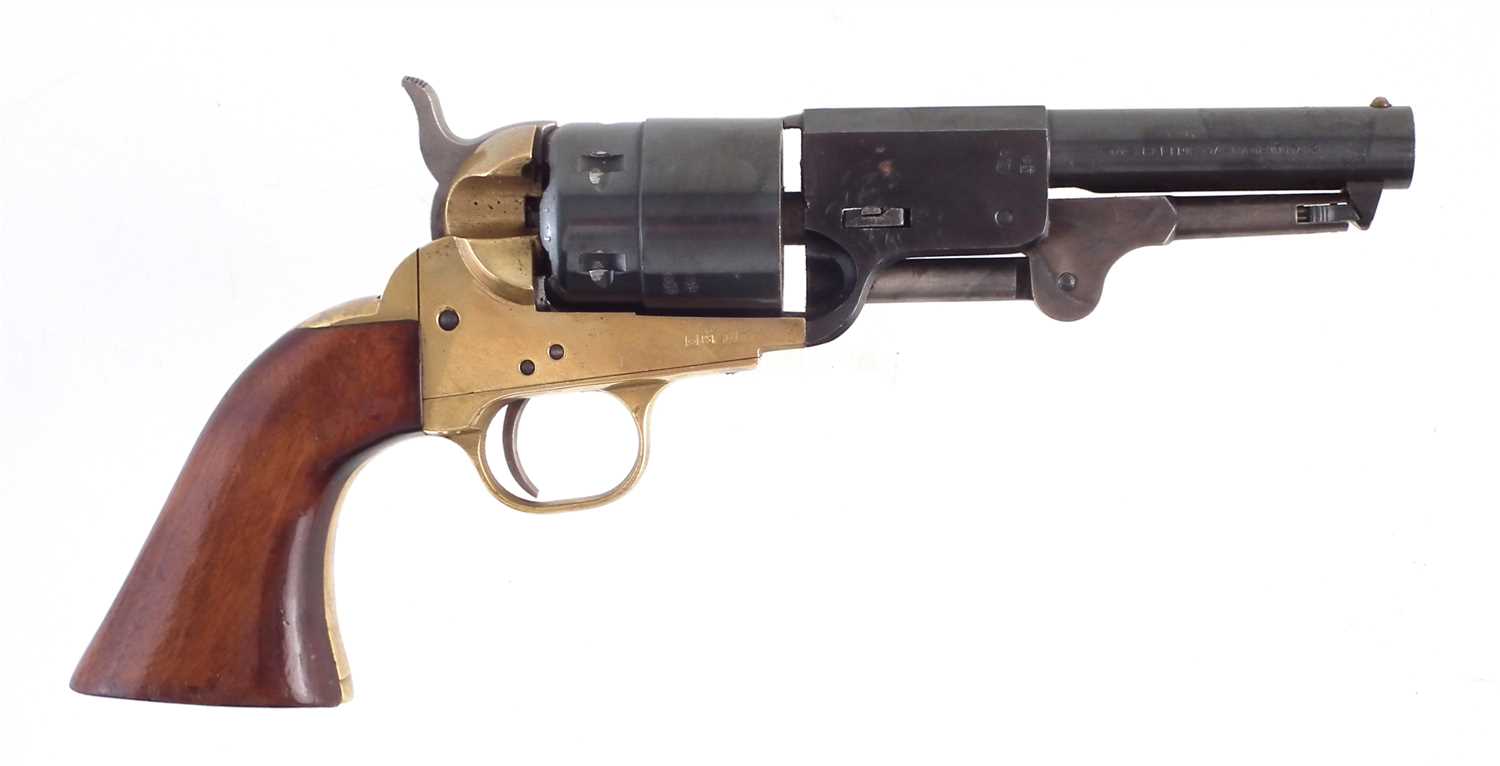