The Della Robbia Pottery was founded in 1893 by painter Harold Rathbone and sculptor Conrad Dressler at premises at Birkenhead. It was inspired by the Arts and Crafts movement, and Rathbone followed the ideas of the movement’s founder, William Morris. In addition to the Arts and Crafts ethic, Rathbone was also influenced by Italian art and wanted to bring the style of the decorative pottery often seen in Italian churches to Britain. He named his new enterprise Della Robbia after Italy’s most famous family of 15th and 16th-century potters.

Rathbone and Dressler took on another sculptor, Giovanni Carlo Manzoni, and also a local team who they trained in the art of making pottery. This resulted in a distinctive style, decorated with coloured slip glazes and sgraffito (Italian for ‘to scratch’), a technique which involves scratching off a coloured layer to create a pattern and reveal the red clay underneath. The resulting pottery was very popular and was distributed through Liberty’s of London and William Morris’s own company. The pottery closed in 1906.

Della Robbia pottery is very popular with collectors due to its colourful, visual appeal. Among the most sought after pieces are those using Rathbone’s characteristic, bright turquoise glaze, and those by guest designers Ford Maddox Brown and Robert Anning Bell. 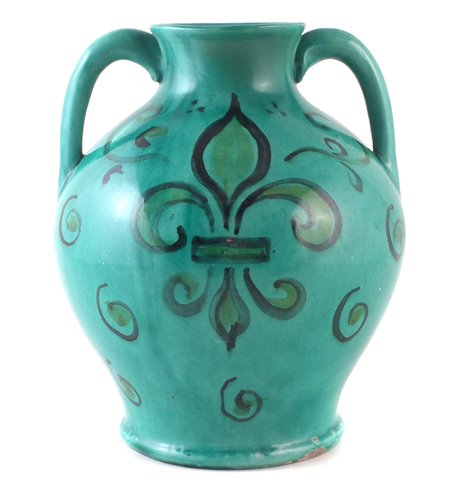 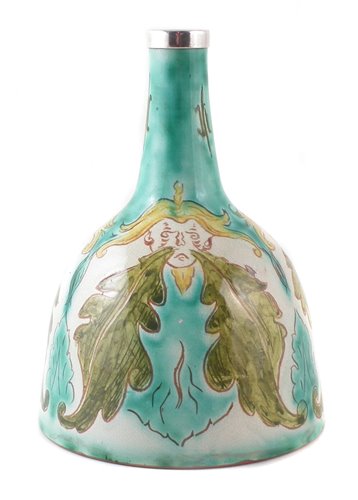 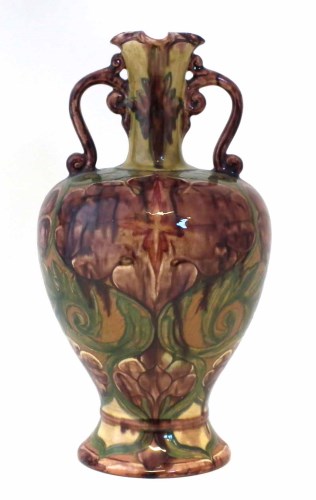 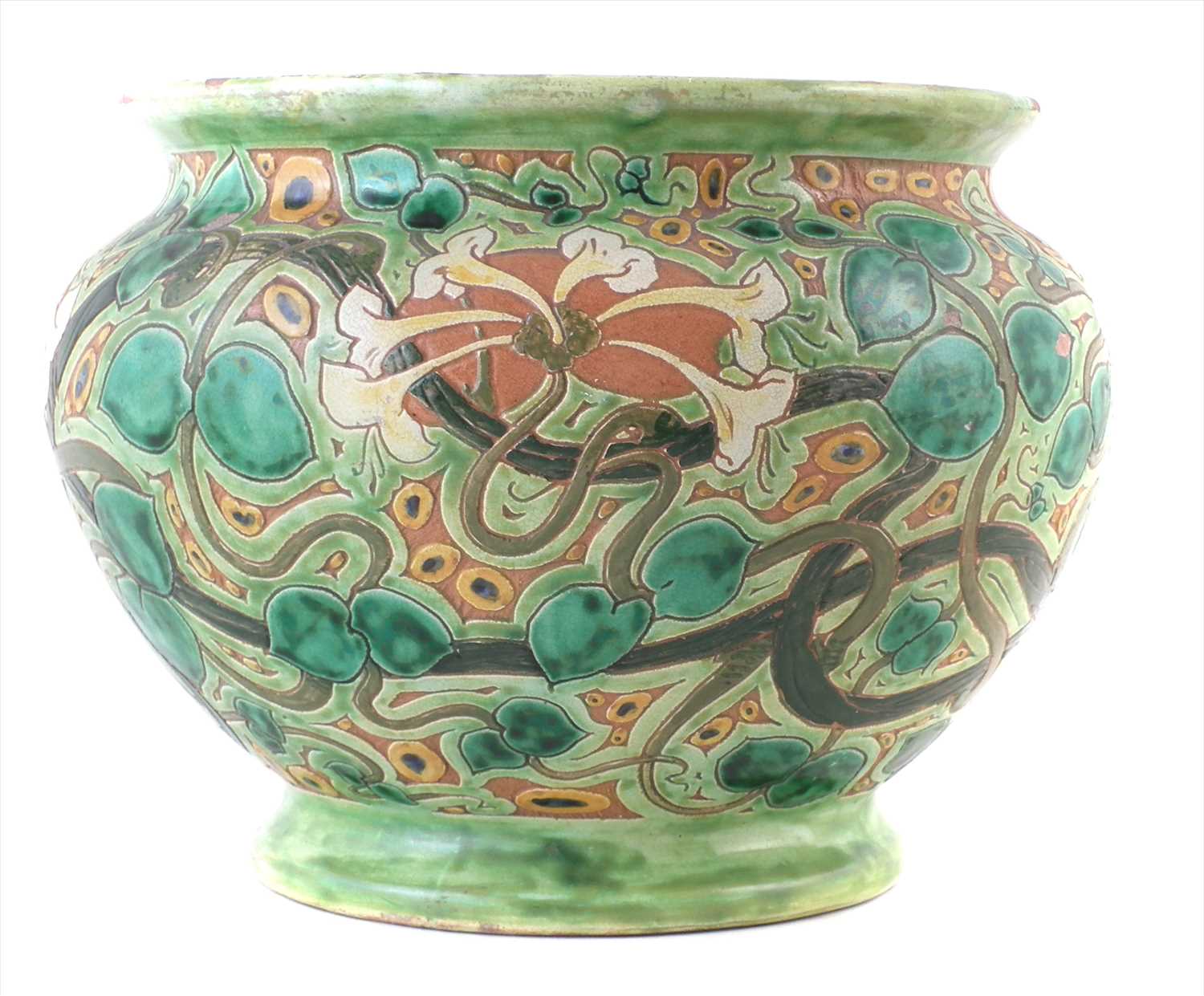 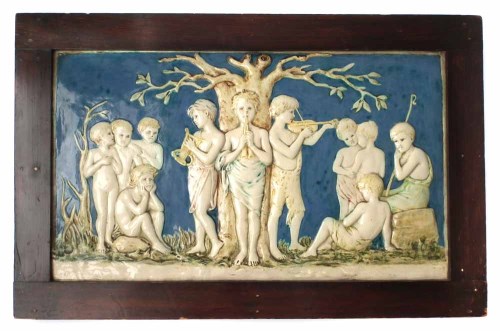 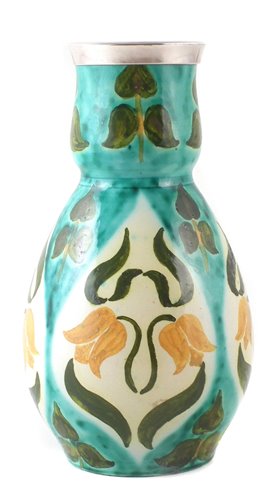 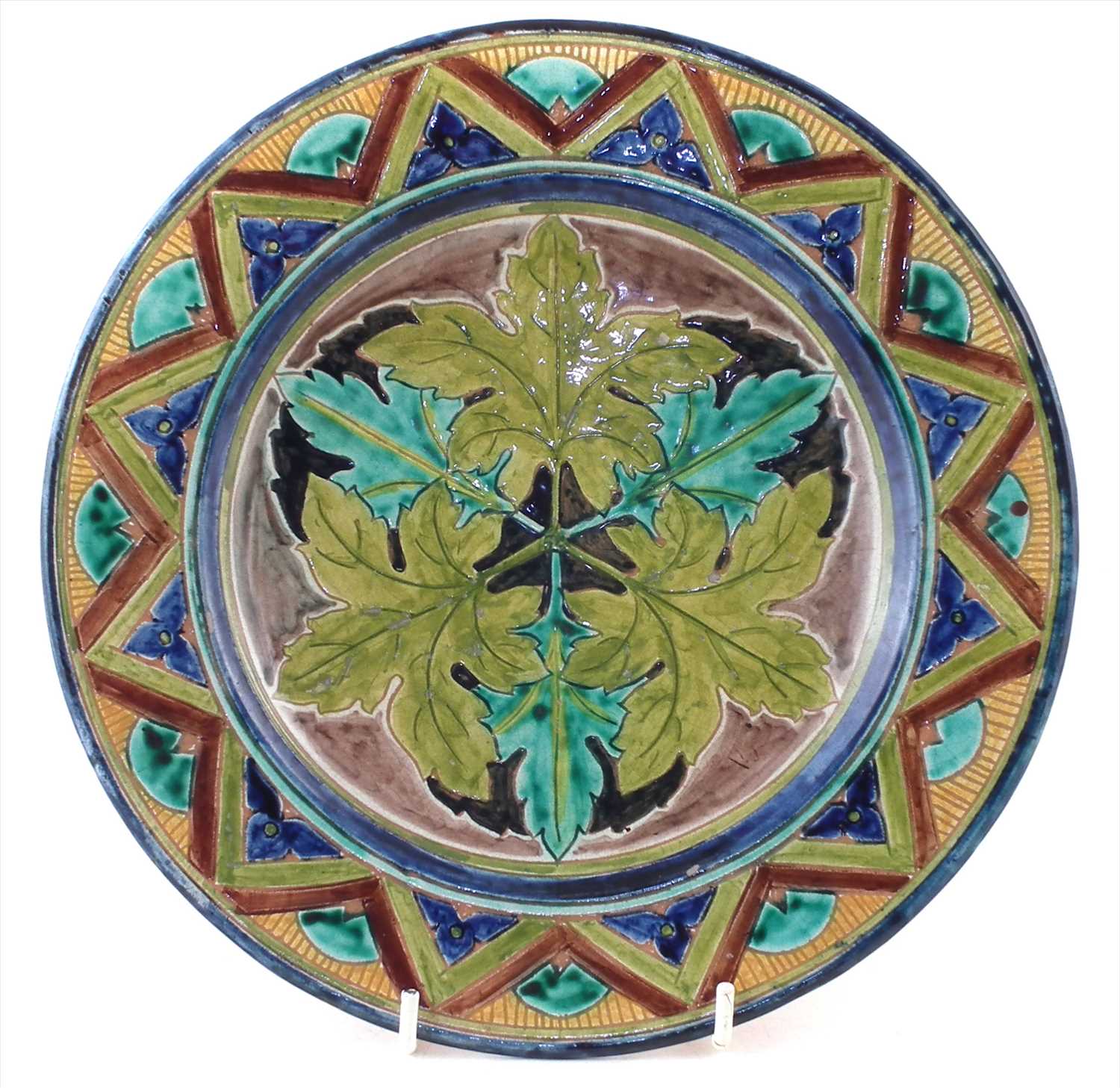 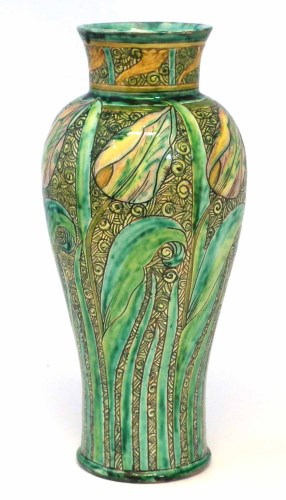 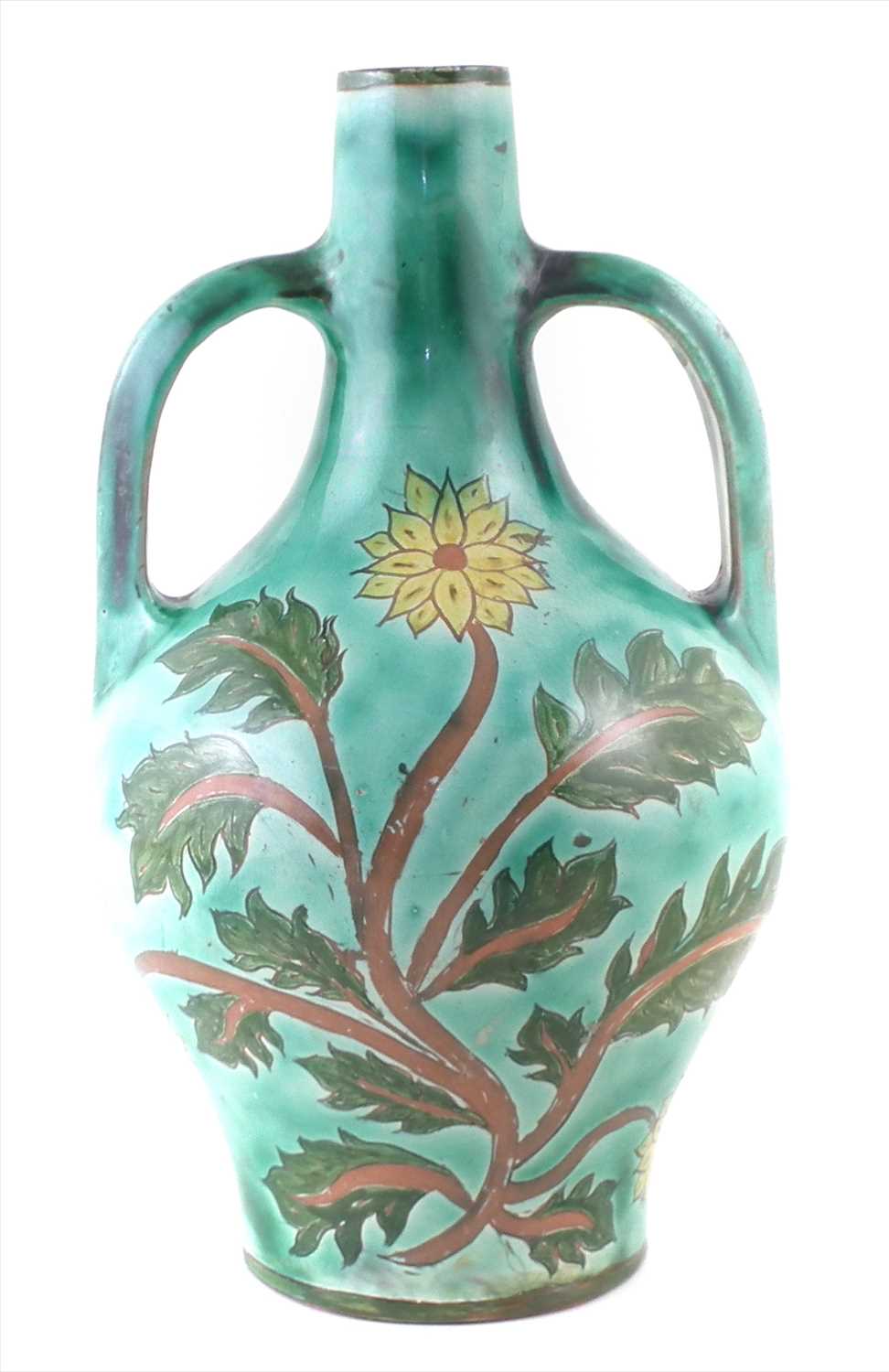 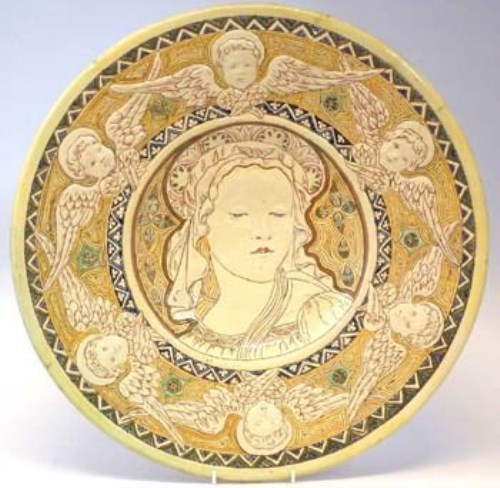 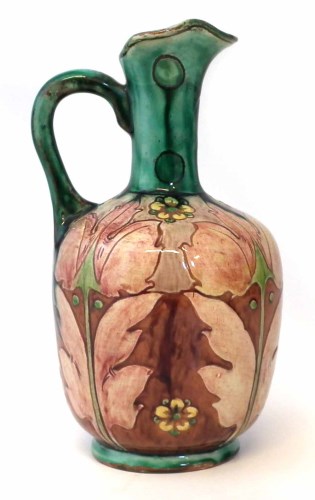 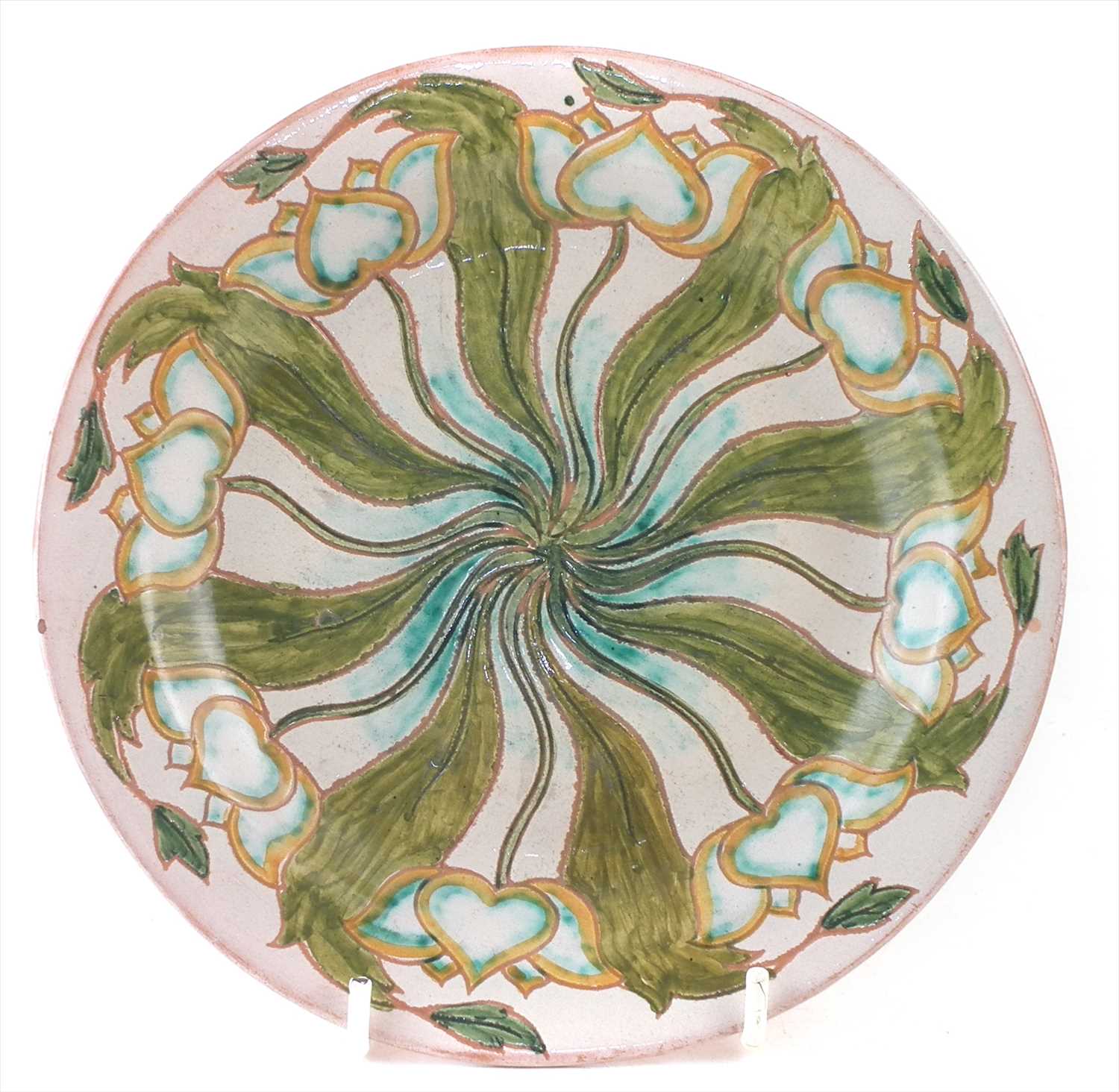